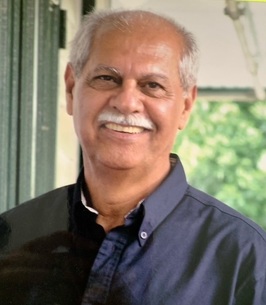 Behrooz Ben Wosoogh of Mt. Vernon, VA, passed away at his home after a long illness. He was surrounded by his loving family.

He was born in Abadan, Iran, on January 28, 1944. Upon graduation from high school he attended a year of medical school in Tehran, Iran, but then decided he wanted to attend college in the United States. He arrived in Washington, DC in April 1964 and soon began his studies at the University of Maryland, College Park, MD. After graduating with a degree in Electrical Engineering, he worked for AMF for one year and then began his 31-year career working for the U. S. Dept. of Navy. He loved working there and was so proud to be a U.S. Citizen and serving his beloved country in this capacity. After his retirement from Civil Service, he worked 4 years for ITT.

“Ben” was known for his love of family, appreciation and pride of his U.S. citizenship, his bigger-than-life smile and personality, intelligence, humor, hospitality and generosity. He never met a stranger, had a special gift for remembering and delivering jokes, enjoyed all types of music, dancing, gardening, travelling, hiking, chess, and backgammon.

Ben's family honors and celebrates his rich Persian heritage. Our lives were enriched by this ancient culture of language, food, customs, poetry, music, art and so much more.

Ben is survived by his wife (Jane) of 56-1/2 years, his daughters Wendy (Steve) and Heather (Mike); 5 grandchildren (Ariana, Raquel, Cyrus, Maximus and Teagan), 2 step-grandsons (Tyler and Dylan); a sister, Jupiter and a brother, Mehrdad. He was preceded in death by his mother (Bibi Shifteh), father (Ali Anvar), brother (Cyrus), mother-in-law (Helen) and father-in-law (Charles).