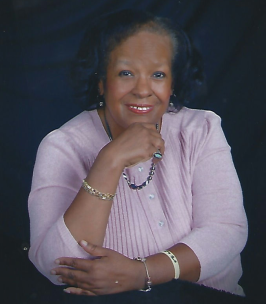 Beryl Ann Elkins was born September 9, 1952, to the late Montenia Crawley-DeSales and the late Melvin Smith. Beryl was adopted at birth by Luvenia Elkins who later married Brice Barns when Beryl was twelve years old. They moved to Arlington, Virginia where Beryl graduated from Washington & Lee High School and continued her education at Virginia State College where she earned a degree in Sociology. While attending Virginia State she became a member of Alpha Kappa Alpha Sorority, Inc.
After completing her education, she worked as a social worker in the Alexandria Department of Human Services. Beryl became so emotionally involved in her family cases that she had to start a different career. She started working for Verizon as a Customer Service Specialist. She worked for 25 years at Verizon providing excellent service during her employment. She retired from Verizon and started taking computer classes and volunteering at her church.
Beryl was baptized in Highview Park Holiness Church as a youth and converted to the Baptist faith when she joined Bethlehem Baptist Church in Alexandria, Virginia. Beryl was a member of the Choir and the Women’s Ministry.
Beryl was preceded in death by her two sisters Wanda Smith and Jean Smith. Beryl is survived by her brother, Robert Smith (Zoraida), from Yonkers, New York, and three aunts, Glossie Malline Leake, from Prince Frederick, MD, Cora Crawley, Mable Crawley and one uncle, Curtis Crawley.
Sincere gratitude and appreciation is given to all of our friends and family for the comfort, support, and prayers given us in this bereavement. Every act of kindness has helped make our load a little easier to bear.
Special thanks to LaShonda Williams for assisting her cousin, Robert Smith, in his time of need.