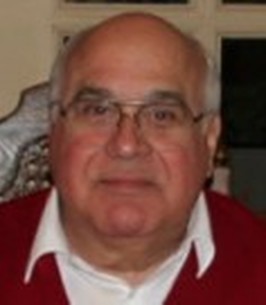 Celio Augusto de Moraes, Jr., 83, of Alexandria, VA passed away on August 7, 2020. He was born and raised in Fortaleza, Ceará, Brazil on March 1, 1937 to the late Celio Augusto de Moraes, Sr. and Laura Menescal Campos.
Celio is survived by his wife, Nancy Whitman de Moraes, sons Carlos (Sonja), Daniel (Brigida), and Roberto (Danuza), grandchildren Igor, Luana, and Gabriel, and sisters Loinha Silva and Maria Luiza Moraes. He is predeceased by his brother Paulo Moraes and sister Neusa Sucupira.
He completed his undergraduate engineering degree at the Universidade Federal do Ceará, and in 1964 earned a Master’s Degree in industrial engineering at the University of California at Los Angeles (UCLA). With a group of fellow students in this program, he travelled to Ceará with the Project Asimov to design and develop small industries in the interior of the state. In 1965, he met his future wife of 52 years, Nancy Whitman, who was serving for two years as a Peace Corps Volunteer. They returned to Nancy’s home town in Oakland, California, where they married. Their first son, Carlos Adriano was born in Oakland the following year.
Celio worked for Kaiser Aluminum in Oakland until Kaiser transferred the family of three to Baton Rouge, Louisiana. He was then hired by the Inter-American Development Bank (IDB) in 1970 and assigned to Lima, Peru, where two more sons were born - Daniel Eduardo and Roberto André.
In 1975, the family moved to Alexandria, Virginia, where Celio was based at IDB Headquarters. His work entailed many trips to Central and South America. Over the years, the family took a number of wonderful trips to Celio’s hometown for extended stay with friends and family. Celio retired from IDB in 1995 after nearly 25 years. He became a U.S. citizen in July of 2003.
Extroverted and gregarious, Celio was known for his sense of playfulness and unique sense of humor. He loved skiing and headed numerous ski trips for the family. He loved old cars, and transported a 1937 DKW from Uruguay, spending many hours tinkering on it. He was involved in his sons’ many activities, including Boy Scouts, swimming, and soccer. He was very fond of Marco, our little black papillon dog. He took on many household tasks while his wife Nancy worked and travelled for World Wildlife Fund. His love and care extended to a host of relatives and friends who will miss and forever cherish his memory.
A celebration of Celio’s life will be held at a later date. Those wishing to honor Celio may donate to . Indicate in instructions it is in his memory. Please share messages and memories at , where you will find a selection of photos of his life.