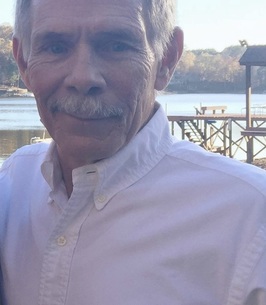 A Celebration of Life for Mr. Clark L. Reid 71, will be held on Saturday, April 2, 2022, at 11:00 a.m. at The
Orchard (2095 Old Kellyton Road) in Alexander City, Ala. The family will receive friends and family at
10:00 a.m.
Mr. Reid was born on October 27, 1950, in Orange City, Iowa. He passed away on February 16, 2022, in
Alexandria, Va., after an extended illness. He was a member of Aldersgate United Methodist Church.
He graduated from Chattanooga High School in 1968 but began his career at age sixteen as a copy boy
and part-time sports feature writer for the Chattanooga News Free Press. He attended the University
of Tennessee while working for The Knoxville Journal and later became a Washington correspondent for
The Knoxville News Sentinel. In his senior year at UT, he was chosen as a congressional fellow by the
American Political Science Association, serving as a speech writer and legislative assistant for Senator
Edward Kennedy (MA) for six months and as press secretary for Congressman Larry Pressler (SD) for six
months before returning to Knoxville.
In more than forty years of public service, Mr. Reid worked for TVA for seven years before returning to
the political arena in Washington, D.C. He worked for the Republican National Committee as their
director of field communications and for the National Republican Congressional Committee as the
deputy political director. Mr. Reid was a district director, staff director, and press secretary for U.S.
Congressman Mac Collins (GA). He served as chief of staff for two different congressmen, Charles
Canady (FL) and Greg Ganske (Iowa). Mr. Reid later worked for the U.S. Department of Commerce
where he served as deputy director of legislative and intergovernmental affairs and associate
undersecretary for communications. He was also the assistant to the commissioner of the U.S. Bureau of
Labor Statistics. He ended his career as the legislative and external affairs officer for the U.S.
Department of Commerce, Office of the Inspector General.
Mr. Reid is survived by his daughter, Savannah Reid, of Alexandria, Va., stepdaughter, Tiffany Kingston of
Wardensville, W.Va., and sister, Dr. Amelia Reid Pearson (Robert) of Alexander City, Ala. He has one
niece, Laura Hausen (Josh) of Birmingham, Ala., one nephew, Reid Pearson (Destin) of Nashville, Tenn.,
and seven great nieces and nephews. He was preceded in death by his parents Darrell Clark Reid and
Jaucile Long Reid.
In his spare time, Mr. Reid was an avid reader. He kept abreast of news and especially enjoyed talking
with his friends and watching the UT Vols. What he enjoyed most was spending time and talking with
Savannah. He was a genuinely caring person who wanted to share kindness and happiness with those in
his life. He will be remembered as a person who prized character, integrity, and loyalty.
In lieu of flowers, the family asks that donations be made to the American Lung Association or The
American Cancer Society.