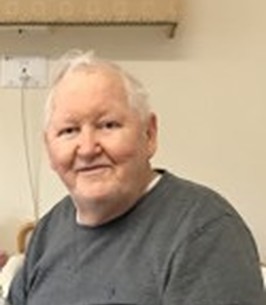 It is with heavy hearts that we announce Ernest Lee Wilson, passed away on May 7, 2020 in Annandale, Virginia at the age of 77. He was the son of Gilbert L. Wilson and Vera Pierce Wilson. In addition to his parents, he was preceded by his brothers, Paul Wilson, Glen Wilson and Troy Wilson, as well as his sister, Nina Gressens.

He is survived by his daughters, Sirena G. (Wilson) Johnson and Dena L. Poole and his grandchildren, Justina Ramirez, James Williams, Jeana Williams and Justin Williams. He is also survived by an aunt, Cynthia Ensor, and a number of nephews, nieces, great grandchildren, cousins and other relatives.

Ernest was born on March 31, 1943 in Elizabethton, Tennessee, where he was also raised. He left home and ended up in the DC area, at the age of 18, for work and to follow his sister that was living in the area. He worked for many years as a heavy equipment operator and truck driver. He was part of the crew responsible for building the DC metro system at its inception and loved to tell stories about his times building tunnels.

Ernest was the last of his siblings to survive in his family. He spent his final days at Leewood Healthcare Center in Annandale where he was battling complications from multiple strokes, Alzheimer’s and diabetes. The staff at Leewood loved him and his jokes. He would always stop to speak to the other Leewood residents to check in with them daily. They affectionately called him the “Mayor of Leewood”.

Ernest could always be found chatting with everyone, telling his colorful stories, making jokes and trying to put a smile on everyone’s face. Prior to Leewood, he lived with his daughter, Dena, in Culpeper, Virginia, where he could often be found holding court in the garage with his neighbors and friends.

He will be fondly remembered by family and friends. We know he is in a better place and is with much of his family now, telling stories, making jokes and laughing with them.

A memorial service will not be held. In lieu of flowers or cards, the family asks for donations to be sent in Ernest’s honor to the Alzheimer’s Association ( ) or American Diabetes Association ( ).