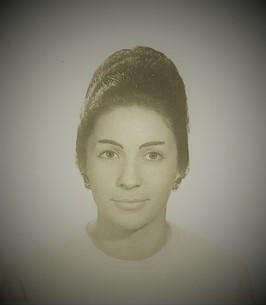 Helene Jeanne Johnson passed away on March 17, 2022, after a long battle of metastatic lung cancer. Helene fought to the end but now is finally resting in peace.

Her Life Beginnings
Helene was born on June 8, 1934, in Paris, France. She was the daughter of the late Dworja and Joseph Filstein. She had attended college at La Sorbone where she earned her degree in Psychology and College at the Madeleine Boutloup where she did a two-year program in Business/Linguistics. While living in France she worked for the French Radio and Television stations. She also spoke English, Spanish, German, and Yiddish.

Her Journey to the States
She moved to the United States in 1966 with her late husband James Johnson. Who was in the Army and was given orders to return back home to the States. They first lived in Ft. Meade, Maryland for a year and then finally moved to Arlington, VA, where she resided for the rest of her life. Helene also worked for Arlington County Commissioner of Revenue’s office from 1974-1981.

Her Heart of Giving
Helene was a very giving person and gave to many organizations. She was a people person and could sit and talk for hours to someone and sometimes took on their problems. She was so knowledgeable about things, and everyone enjoyed talking to her. They had learned many things through her. Helene was an avid lover of pets and wildlife. She loved feeding the birds and squirrels. She adopted many dogs throughout her life and gave them a good home and took in a stray kitten which is still with the family today.

Helene is survived by her daughter Carmen, granddaughter Joelle and grandson Dominic, great-granddaughter Simone, her brother Renee, nephews Cyril and Danielle, and great-nephew and great-niece. Helene was preceded in death by her parents and brother Robert.

She touched so many peoples’ lives and will be missed by many.

In lieu of flowers we are asking everyone to please make donations to either the ASPCA, St. Labre Indian School (www.stlabre.org), or St. Jude.