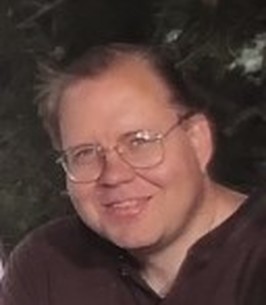 A diligent student from an early age, Jeff graduated from Cary High School in 1980, the University of North Carolina at Chapel Hill in 1984 as a member of Phi Beta Kappa, and the University of Maryland School of Law in 1989. He held bar certifications in Virginia, Maryland, and the District of Columbia. Prior to his law career, he worked for the Department of Defense.

Jeff was a voracious reader. His townhouse was mostly bookshelves, which held his collection of nearly 7,000 volumes with many being first editions. Many family gatherings were spent with him watching his favorite teams--Dallas Cowboys, Cincinnati Reds, and, of course, the Tar Heels. A cheerful rivalry ensued when the Tar Heels played the more popular family team, the NC State Wolfpack.

Jeff and his nephew, Alex Stone, were on a joint quest to visit all 50 states. The quest remains unfinished, with 47 states visited and the final 3 trips already mapped out.

We have contemplated many words to describe Jeff and the life that he lived. The best words include loving brother and uncle, a wise mentor, and a loyal friend. None of them adequately encompass the entirety of Jeff. He was simply sui generis, truly one of a kind.