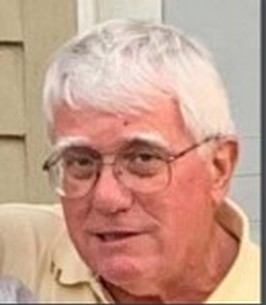 Larry Lee Trollinger passed away in Alexandria, VA surrounded by his beloved wife and daughters on December 27, 2020.

Larry grew up in Oxon Hill, MD and was a proud graduate of Oxon Hill High School, where he was voted Most Athletic of the graduating class of 1966. After high school he attended Frederick College, where he played football and then transferred to James Madison University, where he earned his bachelor’s degree and more importantly met his future wife. Upon graduation from college, Larry proudly served in the Army Reserves and enjoyed telling his grandkids how he guarded the U.S. Treasury’s gold depository at Fort Knox.

Larry earned his Certified Public Accountant (CPA) designation in 1972, receiving the highest CPA examination score in the state of Maryland. He began his accounting career working for a small firm in Washington D.C. In 1978, he started a CPA firm with a partner and three years later, Larry started his own full-service CPA firm, known today as Thompson, Hughes & Trollinger, P.L.L.C.

While successfully leading his small business, Larry became an avid investor, for himself personally and for several of his clients. In 1997, he founded Trollinger Investment Services, Inc. He was proud that his investing success enabled him to pay for his four daughters to attend college without needing loans. Larry officially retired from both his businesses in 2019 but continued to enjoy picking and investing in stocks.

Larry loved playing and watching sports. He enjoyed coaching his four daughters’ soccer teams, and never missed a chance to cheer them on or tell a referee how he felt about a bad call. He liked hitting the links with his wife and friends and made sure each of daughters learned to play golf. Like his parents, his favorite sport to watch was baseball and he was a big fan of the Washington Nationals, as well as the Baltimore Orioles (before “that d*mn Peter Angelos ruined the team”). More recently, Larry enjoyed watching his grandchildren pursue hobbies including baseball, basketball, soccer, golf, and dance.

Larry had quite the green thumb; he spent countless hours cultivating his small vegetable garden and planting flowers in his yard. He had a passion for reading and retained most of what he read, making him a formidable opponent at the game of Trivial Pursuit. Larry also enjoyed family traditions and one of his favorites was spending a week at the beach with all his grandchildren.

Larry was a true American Patriot. He loved his country and was so thankful for the many opportunities it afforded him. He strongly believed that freedom was not free and that we must all work to preserve the founding principles upon which our exceptional country was formed. Although not everyone agreed with his conservative politics, it was difficult not to admire the courage of his convictions.

Larry was an intelligent, kind, humble, loyal, and generous man of high moral character. He was a loving husband, father, “Pop-pop”, brother, uncle, cousin, friend, and mentor. Larry cherished his family and friends and kept the bonds of several friendships strong for more than 60 years. He will be dearly missed by everyone who knew him. He was a man of faith and we pray that his soul may rest in peace for eternity with our Lord and Savior.

In lieu of flowers, donations in his memory may be made to the National Multiple Sclerosis Society, Disabled American Veterans, or Alzheimer’s Association. A celebration of Larry's life will be held when the pandemic will allow his family and friends to gather safely.