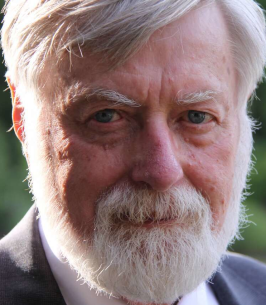 Larry Keith Workman, 81, passed away Wednesday, August 10, 2022, at his home in Arlington, VA after a short illness.

Larry was born December 12th, 1940 in Richmond, VA and was the son of Earl Samuel Workman and Ruby Gertrude Moore. He is survived by his wife Janice Mt. Pleasant, formerly of Baldwinsville, NY; his two children, Alexandra and Trevor; his brothers Richard and Donald of Richmond, VA; his sister Gay Burton of Fallston, MD; three grandchildren, Toby, Calvin and Maga; and numerous cousins, nieces and nephews.

Larry spent his career as a graphic artist and technical illustrator, retiring from the Business Development Division of Northrup Grumman in 2012, where he translated complex ideas and processes into visual images. He was a graduate of Virginia Commonwealth University; served with the National Security Agency of the US Army from 1963 to 1967 and did a tour of duty in South Korea.

Born into a country music family, Larry’s roots included his father, uncles and aunt (Sunshine Sue) of the Rock Creek Rangers, WLS, WRVA, and Old Dominion Barn Dance fame; brothers who played guitar and sang; and family relationships with Grandpa Jones, Chet Atkins, and Mother Maebelle and the Carter Sisters (June Carter was his babysitter). Despite this rich music heritage, Larry could neither sing, play an instrument or keep a beat. His vast knowledge and appreciation of the country music tradition, however, including the songs of Bill Monroe and the Sons of the Pioneers, anchored his life and was a frequent topic of conversation in his home.

While Larry’s formal training was in art and graphics, he had the aptitude of an engineer. His ability to devise uncommon solutions to everyday problems and to fix almost anything led his children and grandchildren to call him the “fix-it-up chappy.”

Larry loved history, motorcycles, and the West and had a textbook knowledge of firearms. After retiring in 2012, his interest in history led him to travel the country, volunteering as an Interpretive/Site Host at national and state historic sites. As much as he loved history, however, he had a need to share his talents in other ways and spent many volunteer hours with Habitat for Humanity, helping to build affordable housing in many parts of the country.

Larry’s family and friends will remember him for all these things, but most of all they will remember a gentle man who loved deeply, lived without pretension, had a unique sense of humor, and was a model of patience, kindness and selflessness.

To honor Larry’s life, a service of celebration and thanksgiving will be held at 11 am, Saturday, October 1, 2022 at Rock Spring Congregational Church in Arlington, VA. The family suggests that in lieu of flowers, charitable contributions in Larry's name be made to Habitat for Humanity.