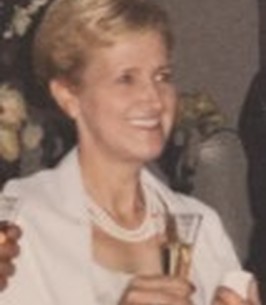 Sole spent the first 18 years of her life in her beloved Basque Region of Spain before travelling to the US and eventually resided in Boise, Idaho where she met her husband Rey. Rey’s military career took them all over the world with stops in Italy, Turkey, Puerto Rico, Texas, Illinois and finally in the Washington DC area. Maria was proud of her civilian career with the Army for over 20 years where she made many friends and had many accomplishments.

Sole was most proud of her children and grandchildren as they were her pride and joy. Sole may have appeared to be small and petite to many, but her grandchildren were amazed at her ability to multitask and solve all of their problems, they referred to her as “Super Abuela” She was a warm, engaging person who never met a stranger. Her generous personality, welcoming smile and award-winning carrot cake will forever be missed.

In lieu of flowers the family requests a donation in Sole’s name to the Alzheimer’s Association .