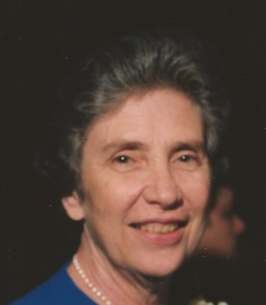 With great sorrow we announce the death of our beloved mother and grandmother, Marjorie P. Manley, who passed away peacefully on September 7, 2022, at her apartment at Culpepper Garden in Arlington, Virginia.
Present with her at the time of her departure was her daughter Lisa. Her other children connected with Lisa soon thereafter. Later that day, Last Rites were administered by Reverend Kevin Dansereau of The Cathedral of Saint Thomas Moore.
Left to cherish her memory: her children Elizabeth (Lisa) B. Manley, Frank R. and wife Kathryn Manley, Suzanne M. Manley, Mark P. Manley, Christopher G. and wife Danyel Manley; grandchildren: Laurel and Rachael Chase; Kylie, Maia, and Frankie Manley; Logan, Teagan, and Rylan Manley; her sisters Elizabeth Adam and Nancy Khan; nieces and nephews, and loving in-laws. Preceding her in death were her husband Frank W. Manley and brother James G. Prather.
Marjorie’s devotion to her children, dedication to the profession of teaching, and ability to overcome life’s challenges with grace were defining qualities of her life. She was a great storyteller, with a wicked sense of humor that never left her.
Marjorie’s life was enriched through her spirit of adventure and love of travel. She enjoyed trips to the beach, especially to Pattaya, Thailand while her children were growing up, shopping trips to Bangkok, Singapore, and Hong Kong, parties and bridge games in a rotating social circuit in Vientiane, Laos, and summer trips to the US to visit relatives and friends back from overseas postings. Marjorie was passionate about politics and current events, relished Grand Slam tennis tournaments, and appreciated fine steak dinners.
The former Marjorie Elizabeth Prather was born on September 2nd, 1935, at Schofield Barracks, Honolulu, Hawaii. The daughter of Major General Richard Givens Prather and Elizabeth Gowen Prather, Marjorie grew up on Army posts across the US. The family also spent a year in Manheim Germany following the end of World War II.
Marjorie graduated from Anchorage High School, Alaska in 1953. She attended Smith College, Northampton, MA for two years. In 1955 she joined her father for a year in Bangkok, Thailand during his tenure as Chief of JUSMAG. She then attended George Washington University in Washington, DC, graduating in 1958 with a Bachelor of Arts in Government, Foreign Affairs.
From 1958 to 1961, Marjorie worked for the U.S. Government Printing Office in Washington, DC. During this period, she met and dated her future husband, Lieutenant J.G. Frank Manley of Oklahoma City, OK. Following the end of his service in the U.S. Navy, they were married at Ft. Holabird, MD on February 11, 1961.
In May of 1961, Frank and Marjorie moved to Vientiane, Laos, where they launched Manley Enterprises International (MEI), a trading and travel company supplying US products, services, and equipment in Southeast Asia. Marjorie supported the startup and managed the bookkeeping for the business during its critical growth period in Laos. She then took on a career teaching English as a Second Language, starting with the Lao American Association (LAA) in Vientiane. Upon the family’s move to Bangkok, Thailand in 1976, she began teaching English at the American University Association (AUA) and the Royal Thai Army Training Command, a career that continued, with loyalty and dedicated service, for the next 40 years.
Memorial services in Arlington, VA; Bangkok, Thailand; Vientiane, Laos; and Oklahoma City, OK will be organized in time, pending family travel planning and logistics arrangements.
We hope that you can join us at one of the memorial services to celebrate the life of this kind, witty, and good woman.
In lieu of flowers, memorial contributions may be made in her name to benefit residents of Culpepper Garden community assisted living: https://culpeppergarden.org/