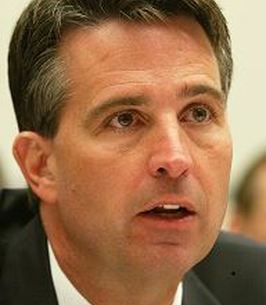 Mark Richard Maddox passed away on April 3, 2021, in the presence of family. Born on July 7, 1959, in Cincinnati,
Mark spent his early years in Fremont and Napoleon, OH, as well as in Provo, UT. To say he loved playing sports
and cheering on his favorite teams [Go Buckeyes, Reds and Bengals!] is an understatement. Whether football,
rugby, basketball, baseball, or later in life, golf and tennis, he was a fierce competitor. In high school, Mark played
quarterback for the Napoleon Wildcats, leading the team to their last undefeated season; he would later be
inducted into the Napoleon High School Hall of Fame in 2008.

Witty and strategic, he loved a good line – delivering one and hearing one. He loved traveling with his family,
coaching his kids and their friends, playing H.O.R.S.E. in the backyard, and a meal so tasty and filling, he’d say to
eye rolls and a laugh, “You’re gonna have to roll me otta here.” Scotch was his drink of choice and he ate like a
teenager: nothing green or leafy ever crossed his lips and he was forever grabbing Pop-tarts for the road. He loved
tending to climbing roses in the backyard, dancing in order to get on the Jumbo Tron [only once being successful,
but so worth it], and quizzing his children in preparation for upcoming history tests. And, he was a consummate Elf
at Christmas -- putting up lights [wherever and as many as his daughter told him], attending Christmas Eve Mass at
St. Paul’s Episcopal Church in Alexandria, VA, and penning funny answers to the kids’ “Questions to Santa.” Two of
his greatest passions were politics and policy and he combined them into a most memorable career. Election
nights were spent pacing between multiple TVs in the house.

Over the course of his career, he worked at Lockheed Martin as Director of Integrated Management Systems; was
Senior Vice President of Government Affairs for Arcadian Networks; served on the Gridwise Alliance Board of
Directors; was President of Maddox Strategies, LLC, a Washington, DC-based government relations firm; and
contributed his thoughts and insights regularly to national media outlets and key trade publications. Mark also
served on Capitol Hill as chief of staff for Congressman Nathan Deal (GA) and worked as a senior strategist for the
National Republican Congressional Committee (NRCC) and the Republican National Committee (RNC).

Mark received his bachelor’s degree from Bowling Green State University, where he played rugby, and a master’s
in business from the George Washington University. He is survived by his wife, Lauren, and their two children,
Gabrielle and Brian; his mother, Patricia; brothers, David (Mindy), John (Laurie), and Matt (Lisa); stepbrothers Doug
and Larry; and many wonderful nieces and nephews. Preceding him in death were his father, Bob [what a joyous
reunion it must have been after nearly 52 years], his “Pops” Carl Daniels, his oldest brother, Mike [who loved to
get a rise out of anyone in his presence, including Mark; never to be outdone, Mark always had a good comeback
albeit not always the last word], and many dear and hilarious family members, where the laughter, joy and love
will continue to surround him. Mark, may you rest in peace. See you on the flip side…

In lieu of flowers, donations would be welcome at The Robert Packard Center for ALS research at Johns Hopkins:
https://www.packardcenter.org/ or the ALS clinic at Johns Hopkins:
https://www.hopkinsmedicine.org/neurology_neurosurgery/centers_clinics/als/. Whether conducting research to
one day end ALS or helping today’s patients, these amazing individuals are some of the most caring, smart and
dedicated people the Maddox Family has had the privilege of knowing.