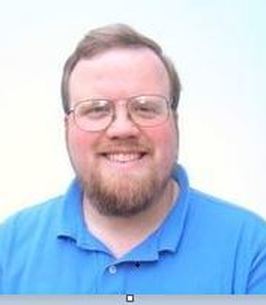 Michael John Burrage, a former resident of Essex, Vermont, passed away unexpectedly in Alexandria,
Virginia, on Wednesday, May 26th. He was 50 years old. Mike was a beloved son, brother, uncle, and
true friend who didn’t have a mean bone in his body - he had a generous heart, was always willing to
lend a hand and a board game.

He attended Clarkson University where he received his Bachelor's degree in Mechanical Engineering and
later received his MBA from the University of Vermont. He was most recently employed as an
Information Technology Specialist with the United States Patent and Trademark Office.
Mike was perhaps best known for asking “Why? There must be a reason for that…. I wonder what it is?”
He was driven to find the answer and enjoyed sharing those answers with others. Mike was the jovial
Hobbit that everyone loved to be around. No matter what Michael was to you, there is no doubt you will
think of him as you ponder your next question.

Michael, our world is a little less bright with your untimely passing, but you will never be forgotten
among your family and friends.

In lieu of flowers, memorial contributions may be made to the charity of one’s choice. Services will be
held at a later date at the convenience of the family.