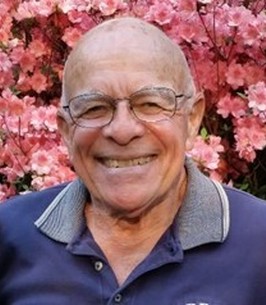 Miguel “Michael” Ramon Vila Diaz, 82, died peacefully on Friday, June 25, 2021 at home in Annandale, VA with family by his side following complications from glioblastoma brain cancer.
Born in Ponce, Puerto Rico on January 26, 1939 to Maria Mercedes Diaz Ortiz, Michael grew up in New York's Spanish Harlem in a family of four boys. After high school he attended art school and pursued his passion for medical photography.

As a newlywed and father, Michael moved to Annville, PA with his former wife Janet A. Yerger to raise a family and pursue a career as a professional photographer with the Penn State Milton S. Hershey Medical Center. After retirement, he returned to Puerto Rico to enjoy the beautiful mountains and beaches of his birthplace. There, he reconnected with a childhood friend, Noemi Emmanuelle-Sepulveda, who became a loving and devoted life companion. Michael enjoyed traveling, concerts, gardening, planting trees, and family gatherings. He also enjoyed sunny days, beautiful Boquerón, PR, and Bacardi with his niece Rita Vila and nephews Manny and Danny Vila when visiting with their ‘Tio Mikey’.

While his retirement home was in Puerto Rico, Michael loved traveling and returning back to the states to spend time his children, grandchildren, extended family and friends in Pennsylvania, Virginia, and New York. Visits were always enjoyed by all whether they involved a family gathering, a Phillies baseball game, or just relaxing together. Mike, as he was known to friends, was known for his eclectic love of music (from the Grateful Dead to Frank Sinatra), his down-to-earth personality, big smile, and happy conversations.