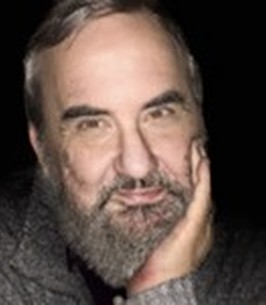 Page Lee Hite, Jr. lived life to the fullest and passed away on August 31, 2020 in Springfield, VA after a 10 day illness with a non-smoking-related lung cancer that had metastasized to his brain. As he was fond of saying, Page (known as “Lee” growing up) was born at an early age on May 15, 1952 in Florence, SC to Maude McCain Hite & Page L. Hite, Sr. While in High School, Page developed a love of photography, music, and technology. He played French Horn in the high school band and guitar and piano in rock bands and for the local Little Theater. After school, he worked at a movie theater and as a DJ for a radio station where he honed his gift for patter. In 1970 he graduated from McClenaghan High School in Florence and continued on to Clemson University in Clemson, SC where he studied Engineering Technology. At Clemson, he became a DJ for the University’s Radio Station, the Photography Editor for the University’s school paper, and an employee of the University’s Computer Center. While at Clemson University, he met his future wife, Agnes Sims, and they married in Clemson in 1975. In his vows, he promised to “never be boring and to make her laugh”. He overachieved.
In 1985 Page and Agnes moved to Houston, TX where he became a member of Mensa, briefly attended the University of Houston, and was employed first by Hughes Tool Company as a Computer Systems Operator and then by SOHIO Oil Company where he supported their computer chargeback and computer security systems. During the oil bust of 1987, Page and his wife moved to Washington, DC where he worked in Customer Support for PACE (a Computer Chargeback software company) and where he developed their first web site and began lecturing worldwide. In 1999 he moved on to AIA, a company that did Y2K software remediation. After the Y2K crisis was averted, Page moved to Red Celsius where he did customer consulting on chargeback systems. When AIA decided to drop their consulting business, Page was hired by IBM to be program manager for their newly acquired computer chargeback system which he did through 2007.
All this time, Page continued his love of music by playing in various bands and attending live performances and music festivals, mainly jazz and blues. He used his professional website development experience to support his music habit by developing websites for his favorite nationally & internationally-known musicians, a local restaurant, an artist, a friend’s wedding, a Luxury Barge Company in France, and a list of really good local entertainment events (Page’s Picks). He also was a producer on a music documentary film. Much of this was barter work resulting in free charter music cruises in the Caribbean, luxury barge cruises in the Loire River Valley in France, free lunch every day (proving there really is such a thing as “free lunch”), and trips to film festivals across the US.
Page loved helping friends with their technology purchases, computer problems, and music and entertainment selections. Page never met a stranger, making friends for life all over the world from all walks of life. One friend said of Page that “if you did not like him and he did not make you laugh, then YOU were the one with the problem.” His 50th birthday celebration (which is still being talked about) was an all-day live music extravaganza attended by 120 of his closest friends from as far away as Singapore.
Besides all those friends, a god-daughter, and numerous in-laws, Page is survived by his wife of 47 years, Agnes Sims Hite, his only sibling, Mary Hite (George) Moniuszko, and his nephew Paul (Courtney Maimon) Moniuszko. Due to COVID-19 safety concerns, there will be no funeral. Instead, a celebration of his wonderful life will be held in the spring or fall of 2021. Memorial contributions may be made to a charity supporting your local musicians or music venues or your local school’s band program or to Clemson University Foundation. Please direct any gift to Clemson University to the Page Lee Hite, Jr. fund in memory of Page Lee Hite, Jr. Gifts may be made online at iamatiger.clemson.edu/giving, by phone at (864) 656-5896 or by mail (Clemson University, Annual Giving Office, PO Box 1889, Clemson, SC 29633). Acknowledgements may be sent to Agnes Hite, 5223 Inverchapel Rd., Springfield, VA 22151-18