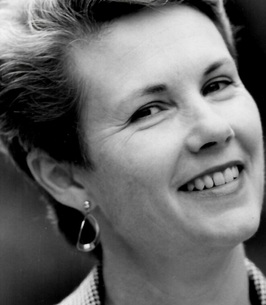 Patsy, as she hated to be called, was the oldest of two daughters born to Anita and Edwin “Judge” Linhart of Runge, Texas. She felt immense pressure to succeed, to make her family proud, and after graduating as valedictorian from Runge High School in 1964, she became the first in her family to graduate from college, doing so in only three years.

Her experiences as a young working woman in the 1960s and then as a divorced, single mother in the 1970s made her a fierce advocate for women’s rights. Patsy was a serial volunteer and believed strongly in helping others. Favorite volunteer gigs included developing a birthing center, monitoring pandas at the National Zoo, and providing TTY translation services.

Patsy believed in facing fears and ignoring expectations. She learned to drive in her 20s and to swim and ride a bike in her 30s. She proudly earned a master's degree in library science from Catholic University in her 50s. She retired at 65 from Flight Safety Foundation, having enjoyed a second career after over 20 years out of the workforce. She was a fantastic seamstress and later learned to weave. She felt a compulsion to garden, often announcing that she needed some dirt under her fingernails as she would head outside.

Sadly her later years were marred by chronic medical issues that robbed her of more opportunities to sail and travel, two hobbies she loved immensely.

Patsy would want to be remembered for her sense of humor, her commitment to making the world a better place, and her grit. Friends and family will have their own memories that will doubtless include her smiling while taking in the waves.

A virtual memorial will be via private arrangement.

A charitable fund has been created as a legacy for her life. Donations may be made at www.foundationjewish.org
Please indicate The Legacy Fund in the notes.