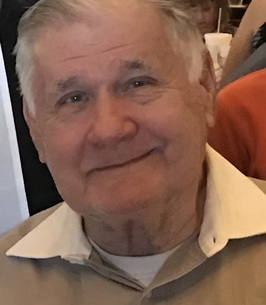 Reverend Dr. Philip L. Green, Jr., beloved husband, father, grandfather, brother, and uncle passed away January 22, 2022, in Oakton, VA at the age of 83. He died peacefully at his home surrounded by loved ones.

Philip was born in Ashville, NC, on September 15, 1938, to parents Chaplain (Col.) Philip L. Green, Sr. (Ret.) and Lois D. Green (nee Ritter). As a child of an Air Force Chaplin, he grew up in locations all around the world, graduating high school in Madrid, Spain. He graduated from Asbury College in Wilmore, KY, with a B.A. in English. He received advanced degrees from Emory University Chandler School of Theology, Princeton University, and Iliff School of Theology where he received his Doctor of Theology. He served as pastor in several churches throughout New York and Colorado. Even in retirement his devotion to the Methodist ministry led him to serve as associate pastor at Littleton United Methodist Church in Littleton, CO.
All who came to know “Pastor Phil” were touched by his kind, gentle, and generous spirit, he was well known throughout the community as a spiritual guide and an uplifting presence. He was dedicated to providing pastoral care throughout his life whether it was mentoring youth, marriage counseling, or elder care. He particularly enjoyed uniting young couples in marriage.
Phil met and fell in love with Elsie, his beloved wife of nearly 50 years at his first church appointment at Windsor Terrace Methodist Church in Brooklyn, New York. They married in 1964 and proceeded to serve their eight church assignments (three in New York and five in Colorado) with enthusiastic devotion and warmth - together they were a committed partnership to their faith. In 1975 Phil and Elsie transplanted their family of three daughters from New York to Colorado in what was anticipated to be a two-year stay. However, the move became permanent as they fell in love with the Colorado lifestyle.
Phil was a very proud grandfather to one granddaughter and four grandsons, always making time to attend as many of their sporting and special events as he could, whether local or across the country.
Phil was preceded in death by his wife, Elsie, parents Philip, Sr. and Lois Green, as well as one daughter, Cynthia Green. He is survived by his daughters Carolyn (Neal) Newman of Oakton, VA, and Christy (Jon) Crowe of Parker, CO. He is also survived by his grandchildren Joshua (Samantha) Newman, Matthew Newman, Eleanor Newman, Thomas Crowe, and Michael Crowe; and sisters Marcia Thompson and Mickey (Bruce) Salimi as well as many family members and friends who will miss his generous spirit and beautiful soul.
Memorial Services are being planned for early June at Littleton United Methodist Church in Littleton, Colorado.