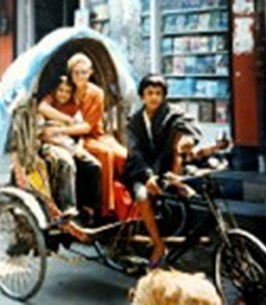 Rana Linnae Mitchell was born on April 17, 1970 at the Holy Family hospital in New Delhi, India. Her mother, Marleane Mitchell, was a volunteer at a school for Tibetan orphans and refugee children in Darjeeling, India.

Her early childhood was spent in Toronto, Canada, where she formed friendships that lasted a lifetime. This was also where she had her first ballet lesson: a love that kept her dancing all the way to UCLA.

When her family moved to Arlington, Virginia in 1979, she again formed friendships that could best be described as second family. She was an honor roll student in school and continued to study classical ballet. She also discovered the music of Julian Lennon and liked to scream Juuuuuuuulian!! when asked who her favorite musician was.

She attended UCLA and excelled in the dance program. Following her college years she worked for the Gersh Agency until she found her calling as a massage therapist. She had a very successful career and was truly a gifted healer, working in Hawaii and Washington DC.

Rana is survived by her brother Jai Mitchell and father Richard Mitchell.