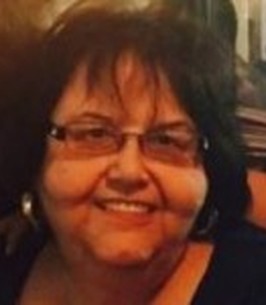 Theresa (Terry) Jeanette D’Amelio Chester, GS-13(RET), passed away on January 17, 2021 at Inova Alexandria Hospital in Alexandria, Virginia. She was 75.

She is survived by two daughters, Angie Chester of Arlington, VA; Bonnie Lee Chester of Linden, VA; son-in-law, John Mullens, and two grandchildren, Savanna and Christopher. She was pre-deceased by her ex-husband, Charles Richard Chester and long-time companion Sidney Cauffman.

Born in Redbank, NJ on September 23, 1945 she attended school in Middletown, NJ and began her career working as a civilian for the US Army Intelligence Division eventually working at the Pentagon in Arlington, Virginia. After 38 years of service she retired in 2008.

As the wife of an Army officer she traveled extensively and lived overseas in Berlin and Munich Germany and Asmara Ethiopia. In addition to her travel through the military, she enjoyed many trips to Italy, Greece, and various cruises.

Terry possessed a quick wit and had a tremendous talent for poetry. She delighted in coming up with special original poems and verse to accompany gifts and to use as speeches at special events and would often receive requests from friends and family to create something for special occasions.

Memorial service information will be announced at a later date.