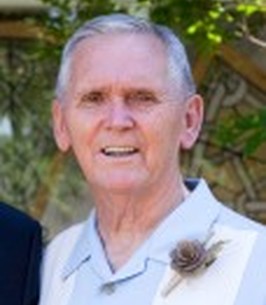 Walter Joe Coleman, 80, died Saturday, August 1st, 2020 at his home surrounded by loving family after a long battle with cancer. Known to family and friends around the world simply as “Joe”, he lived a full life that stretched from the Delta farmland of southeastern Arkansas, to the U.S. army installations of western Europe, to the oceanic solitude of Pitcairn Island and the technocrat hallways of Defense Department civil service. All who knew Joe found him a reliable friend, a willing helper and a caring soul.

Joe was born August 12, 1939 in Holly Grove, Arkansas to Thomas Lawrence Coleman and Cassie Irene (neé Davenport) Coleman. Joe was one of the eldest of twelve born to Lawrence and Cassie, and honed his life-long work ethic in the fertile soil of his father’s farm. Joe graduated Holly Grove High School in 1957, and received a Bachelor of Science degree in Engineering from Henderson College (AR) in 1965 after three years of honorable service in the United States Army. He started his career with the Defense Mapping Agency (DMA) in 1965, working in the Topographic Center to map some of the most remote regions on Earth. While on assignment to the Azores, he met the love of his life and married Natalie Castro on November 11, 1967 in Paramount, California. Over the next few years, they were blessed with five children.

As the family grew, Joe curtailed his world travels, earned a master’s degree from University of Southern California, and took a job with DMA headquarters in Silver Spring, Maryland. Joe and his family were faithful members of the Saint Michael Catholic Church in Annandale, VA, where they supported the elementary school and the Boy Scouts of America from their home a short walk away. He spent ample time in his workshop, working on furniture projects and antique restorations. Joe personified the adage that you can take the boy out of the farm, but you can’t take the farm out of the boy - maintaining a thousand-square-foot garden on the northwest corner of his Annandale property for many years. Joe would always look forward to visits “home” to Holly Grove, and would make regular road trips with his family to bond and make memories with their large, loving clan of grandparents, cousins, aunts and uncles.

Joe took retirement from the government in 1994 and lived out the rest of his life in Annandale. He immensely loved being a grandfather and would happily travel near and far to school functions, sports activities, dance recitals, music events and drama productions for his nine grandchildren.

A private burial service will take place at Quantico National Cemetery. A memorial Mass will be announced at a later date.